CHRISTMAS JAMS TO SPICE UP YOUR WORKOUT

Pump up the Christmas spirit with these festive songs

Maybe you’re tired of your existing playlist, or just want to change it up a little this holiday season. Whatever your reason, we’ve got your back. Here are some great Christmas-themed tracks to help your out with your workout. Worry not – we’ve left the more traditional Christmas jingles for the shopping centres.

No Christmas is ever complete without putting Last Christmas, one of Wham!’s greatest hits, on repeat. This classic from George Michael’s former band is not just for the gutted lovers but also for the resilient ones out there. New year, new start, right? This song is also pretty apt for 2019; Last Christmas has inspired Emma Thomson to write a movie of the same title. It even stars Malaysia’s very own Henry Golding and Michelle Yeoh! #asianpride. The original song is already pretty spiffy but if you want an equally good version for your playlist, check out Cascada’s faster paced version below.

Yes, we said that we’d leave the classic jingles out of this list, but this version is an exception! If you’re a fan of the popular TV series Glee, then you’ll know that their cover versions of classic songs can sometimes be better than the originals. The show’s take on Jingle Bell Rock is one of those songs and is bound to get you pumping in the gym, and rocking those (kettle) bells. You can add the song to your Spotify playlist, and while you’re at it, check out the other Christmas songs from the cast too.

How’s this for a Christmas #throwback? One of the most popular boybands to roam this earth released Merry Christmas, Happy Holidays 21 years ago and it’s still quite the jam. It’s got all the ingredients for a workout song – good beats, happy lyrics and an energy that’s bound to keep you in a positive mood. In fact, it’s become such a Christmas anthem that the fantastic a capella group Pentatonix covered it for their A Pentatonix Christmas album, which is worth adding to your playlist too.

Get the party started

If you love dance music, and want something much more upbeat for your workouts, why not look for some special remixes of Christmas songs? If you head to Spotify, you’ll find many playlist to try out. If you’re ready to party, give the Christmas EDM playlist a go. You’ll definitely be stepping it up, and Christmas will never sound the same ever again. P/S- If you do like a bit of dance music, check out this set by Calvin Harris a few years ago at the annual Jingle Bell Ball in London. He doesn’t include any Christmas songs to his set, but he’s sure to get your heart pumping.

All we want for Christmas is Mariah

No Christmas playlist is complete without this modern classic from Mariah Carey. Good thing it’s got a good rhythm too, so it’ll fit into your workout playlist like a charm (bracelet) – Mariah fans will get the reference! Mariah’s All I Want For Christmas Is You is 25 this year, but it doesn’t feel tired and old like many other Christmas songs. What do we want for Christmas, you ask? Make your wish come true - a little bit of Mariah never hurts.

Have you heard that joke about how the way to tell that it’s Christmas time is when Michael Bublé emerges from his cave? It’s funny because it does seem like he releases a Christmas album every year. But as he said in an interview last year: he’s only released one Christmas album! Still, that album is now a Christmas staple and one of the best songs on the album has to be It’s Beginning To Look A Lot Like Christmas. It’s not a fast paced song by any means, but the soothing tempo together with his magical voice, makes this song perfect for a cool down. You’ll also want to check out this animated music video he created for his version of White Christmas this year – it’s bound to get you in the yuletide spirit! 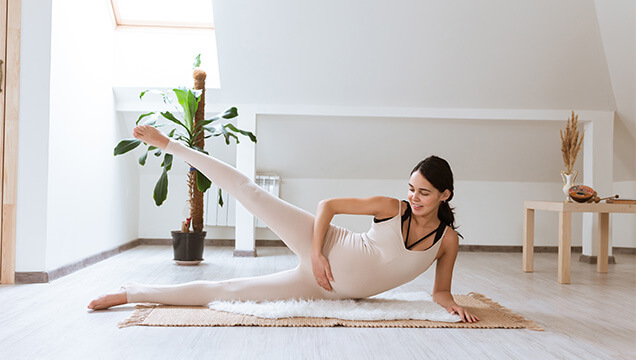 For the moms ready to stage their comeback

The best exercise tips for new moms and mothers-to-be all in one guide.

Here’s how you can prepare your body for Ramadan

The firs tip you can probably guess: you will have to prepare your body to consume less food. But there’s more. 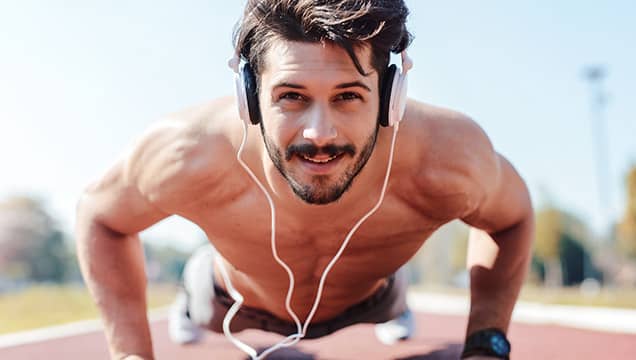 10 Great Songs To Motivate You Back At The Gym